Fast forward to Sunday, even clearer blue skies and temperature rising – it was the turn of our relay ladies!

A 1030 start and the Sprint event was 500m swim, 20km bike and a 5km run.  It was the first time that our fabulous trio came together to race as a team, hand-picked for their respective disciplines and they certainly rocked!

Claire opened up with a very strong swim (emerging 4th out of the water) especially given her known love for open water ;-( 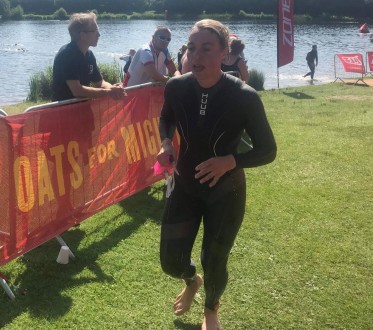 The baton (timing chip) was duly passed to Louy who whizzed around the bike course (and took timely inspiration from Christina by letting her overtake and then Louy drafted legally behind to return home – a stroke of genius and solid team work); 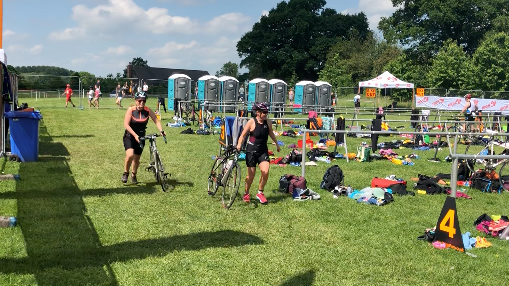 Finally, a very slick handover to Sue who legged it out of transition – Sue is a seasoned runner, it was a strong run and performance, and she was pleased with her time; the heat was a challenge for everyone. 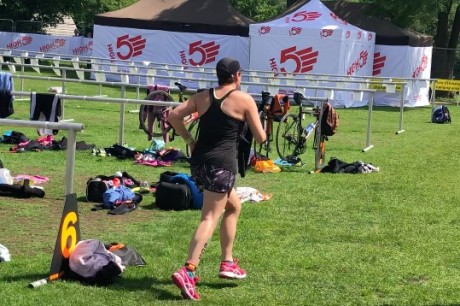 However, in the end, there can be only one winner and our ladies were victorious – a wonderful achievement! 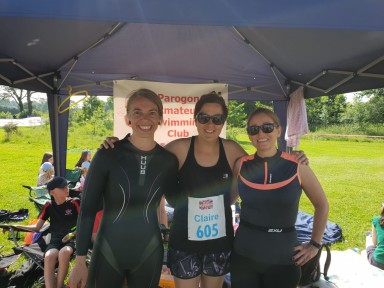 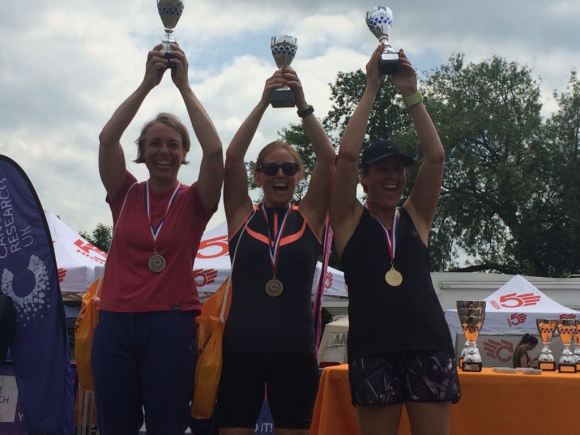 Another 1030 start and the same Sprint distances as the ladies; ‘twas also the trio’s first time competing together and they naturally treated each other with a healthy respect from the off! 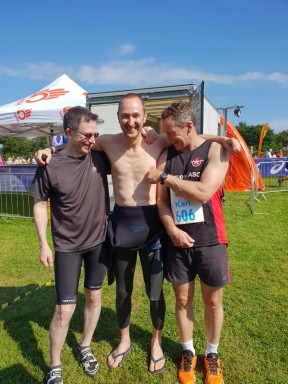 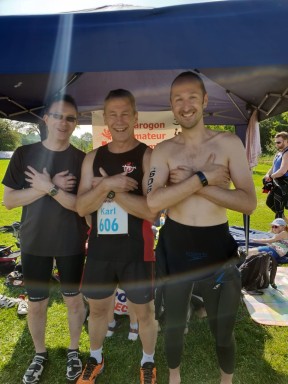 This is where the fun and confusion started J:

An explanation is in order; we needed to re-jig the male relays during the last 24 hours to ensure Paragon ASC competed in both events. So, how did our chaps do?

Adam opened up with a strong swim (12:21), he motored around the lake in a new PB and managed to minimise the impact on his body – why bother – he was on a flight later that day to Asia for 18 hours – what commitment to Parogon ASC and his team mates!

Next up was Andy, drafted (oops coerced) into the team in the last couple of weeks and he stormed out of transition (reminiscent of recent Simon Yates’ stages in the 2018 Giro d’Italia), on the back of some very strong training runs; however, suffered from “mechanical trouble” but made swift repairs, so an admirable performance in the circumstances and especially in his first tri – brilliant! 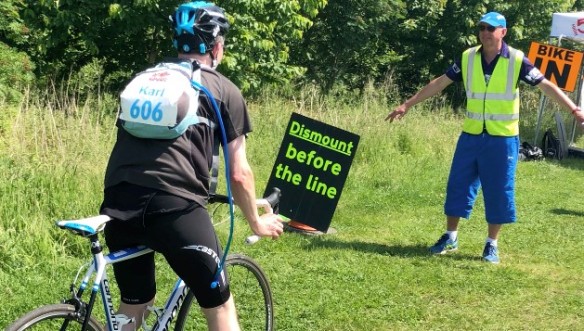 Mark – also a seasoned runner, often found pounding the canal paths around Trentham & Barlaston, sprinted towards “transition exit” with timing chip in his hand (to fading echoes of “Gunners, timing chip”) and in a move worthy of a Royal Ballet audition, deftly swapped the chip onto his leg, ahead of leaving transition – pure class – certainly a brave run from Mark battling with increasing heat and also nursing an aggressive injury.

However, having performed admirably during the run, and controlling both his pace and fluid intake, Mark will be remembered for his pre-race nutrition tips (or was this Karl in disguise?) 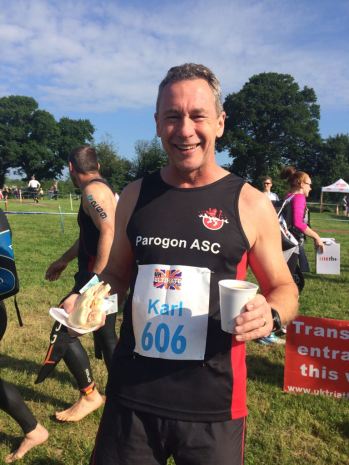 However, in the end, there can be only one winner ………. again! 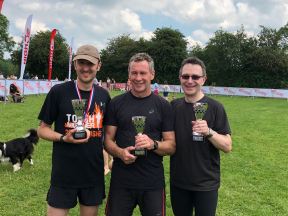 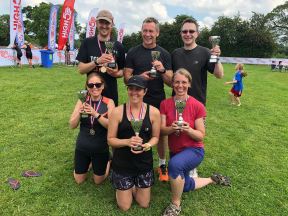 And onto our third relay trio with an earlier 1015 start for this crew, given the tougher distances! 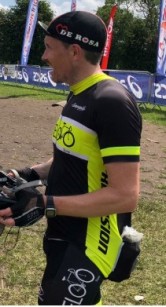 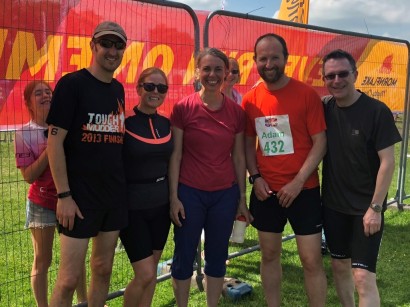 Was it Karl (or was it Adam) taking the picture

However, in the end, there can be only one winner ………. not again! 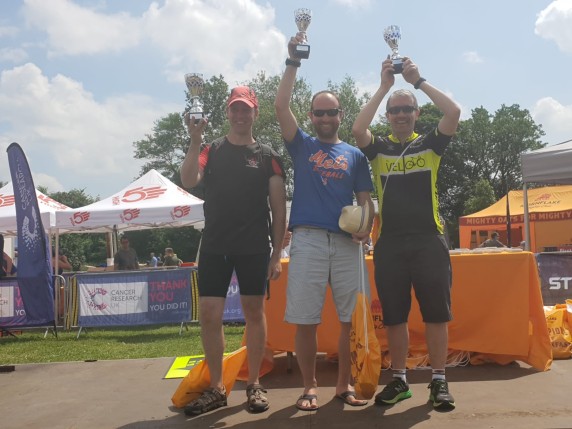 So, what did we learn?

Like all post-match reviews and write-ups, this was a fantastic club event for us, on both days, with great organisation from UK Tri.  The kids were amazing and luckily the weather was cooler for them (but still hot).  Even when the adults were ‘competing’ on Sunday, the kids played well together and required little supervision.

The vocal support that we provided all weekend was inspirational, not just for Parogon ASC but for so many other competitors, and some were in a tough way on Sunday, given the heat.  For me, this level of support is a true test of a club. Plus, it was great to see support from friends and family which contributed further to the atmosphere and celebration of our achievements – an event to be remembered for years and hard to top (now there’s a challenge).

A special thanks to Ian and Christina for all of the admin behind the scenes leading up to the event, the setting up of our humble abode (“Gazebo Parogon”), plus goodies, and keeping the pace/energy/motivation going all weekend! 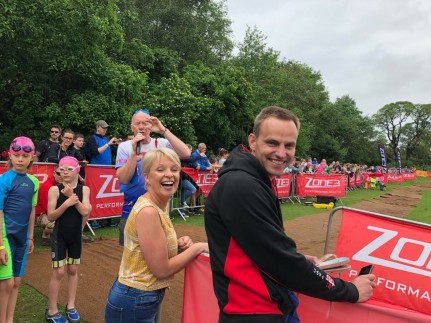 [Editor’s note – for those struggling to remove their race number tattoos, or destined to proudly display for a few more days, I am reliably informed that Johnson’s Baby Wipes are up to the job – yet to test at time of writing.]